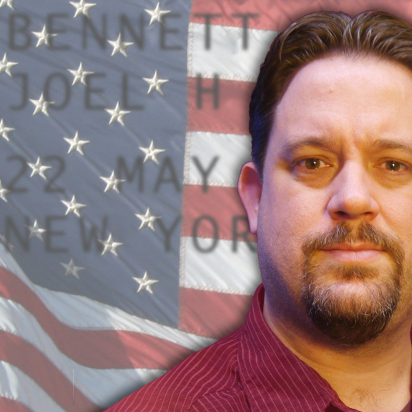 Empowering Your Code with Attributes

PowerShell has a lot of functionality built-in that is based on relatively sophisticated programming concepts. One example of this is PowerShell’s attributes.

The first time you write a PowerShell script, you may not use any attributes. But the first time you ask a veteran to help you turn one into a function, you probably had to use a bunch of them without even understanding what they do!

Almost all writers of PowerShell scripts and functions (and compiled cmdlets) should know about the [CmdletBinding()] attribute which is applied to the param() block to implicitly add the “common” parameters like -Verbose and -Debug and triggers support for the special -? automatic help parameter, because built-in help is one of the core PowerShell concepts.

Most people who’ve written more than one or two scripts have probably also seen the [Parameter()] attribute which can be used to make things Mandatory or to split them up by ParameterSetName.

And of course, if you’ve written functions or scripts meant for other people to use, you’ve probably become accustomed to using the built-in validation attributes like ValidateSet and ValidateRange – which keep getting better in each version of PowerShell.

You may have done all of this and more, without ever knowing more about attributes than the fact that there’s a bit of square-bracket syntax which just magically … works! After all, PowerShell uses custom attributes to enhance parameter validation, type casting, intellisense, command discovery, and more.

What is an Attribute?

Attributes are metadata. That is, they are part of the data (within .NET compiled programs) that describes the code. In PowerShell (or rather, in .NET) you can examine and modifify the metadata on classes, methods, and assemblies even while the code is running.

Disclaimer: Normally, Attributes are an advanced topic in programming. When you’re learning PowerShell, you may learn to use them inadvertenlty, without understanding what they are, but in most .NET languages beginners aren’t taught about them until they are already familiar with .NET’s syntax, common types, and even with object oriented concepts including writing classes and methods, and using inheritance – because that makes them easier to understand.

If you pick up a book on C#, for instance, you might find “Attributes” way back in chapter 17 or 18, after chapters on Delegates, Exception handling, Threads, and even debugging. It will be with other metadata concepts like assemblies, reflection and security, probably right before the book stops talking about concepts entirely and starts talking about specific applications of C# like working with databases, or writing web pages.

Attributes are critical in real world programming simply because the frameworks we use for working with databases, writing web sites and services, or even writing PowerShell commands use metadata extensively, but you don’t need much more understanding of them than “they are metadata about code” to be able to use them,

In .NET, an Attribute is a class that inherits from System.Attribute directly or indirectly.

In PowerShell, even more things than usual support attributes: not only classes and functions but also scripts, including anonymous scriptblocks, as well as parameters, fields, and even variables. Two special cases are worth calling out:

Some attributes have constructor arguments, and some have additional properties you can set. Usually you can find this information in the documentation, but since this is PowerShell, you can also discover them! Try writing the attribute out using the ::new type construction syntax in the console to get the OverLoadDefinitions, and construct one and run it through Get-Member to see what properties it has. For instance, one of the old PowerShell validation attributes has some new optional functionality in PowerShell 6 and 7:

As you can see, the ScriptBlock property is required in the constructor, but there’s a new setable property: the ErrorMessage.

In PowerShell, any settable property of an attribute can be set within the annotation parentheses as Name = $Value, and if it’s a boolean property, you can just write the name and leave off the assignment to set it true. Lets take a look at an example:

Since that was a pretty complete example, there are a few other things in this code sample you may not be familiar with:

Writing Your Own Attributes

Since attributes are just classes that derive from System.Attribute, you can writing your own in PowerShell very simply. Just inherit like this:

Of course, this HumbleAttribute doesn’t do anything… except that it’s metadata. That means we can find things which have that attribute on them, so if we have a command with the [Humble()] attribute on it:

We could find all commands with that attribute like this:

Of course, any properties or methods you add to the attribute can be used at will, and you can inherit from other attributes, so we could, for instance, extend the CmdletBinding attribute with a list of dependencies like this:

Now we could add that attribute to some build steps, like this:

And you could write commands that take advantage of that metadata, by pulling it out from the Attributes, so that we could, for example, sort a list of these BuildCmdlet objects into dependency order, and then … run them:

There’s so much more that you can do with Attributes in PowerShell due to the fact that PowerShell has inherent functionality built around them. You can write attributes that produce intellisense for tab-completion, and attributes that coerce values to a certain type (even interacting with the user), and more. Check out Dr. Tobias Weltner’s series of articles, starting with his primer where you’re sure to learn about at least one built-in attribute you never knew existed…

Your email address will not be published. Required fields are marked *

You may also enjoy

PowerShell’s casting can result in some weird results.

How the developer’s brain works

I need to finish the PoshCode module, so I start working on that … I realize the “Configuration” module that is inside PoshCode, is actually more import...

In this article I’m going to present a module that helps you deal with one of the common problems for Windows PowerShell users (and even .Net developers) who...

A few weeks ago, someone somehow injected a shell onto my WordPress powered blog site. They managed to get multiple hacking tools installed, delete files req...